CD REVIEW: Ozzy Osbourne proves he is still the 'Prince of Darkness' on "Scream" 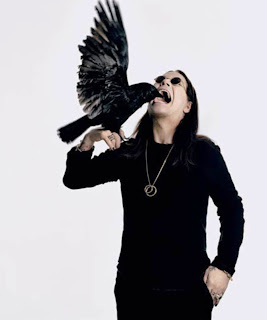 Over the years, fans have come to expect two things from a new Ozzy Osbourne album.

First, the musicianship is always going to be stellar, with an emphasis on grinding guitars and lightning-fast solos. Second, Osbourne will continue to amaze the masses by still being alive and releasing music after decades of binge drinking and drug abuse.

Album quality, however, is generally unpredictable.

Osbourne’s latest record, Scream, is actually a fair addition to the godfather of metal’s back catalogue of legendary albums, such as Blizzard of Ozz, Diary of a Madman, Bark at the Moon, and No More Tears.

The first thing longtime fans will notice about Scream is the inclusion of Firewind’s Gus G. on lead guitars (no Zakk Wylde on this one, although his influence in the songwriting process is still apparent from time to time).

There is something about Osbourne and his knack for selecting amazing guitar players (the late Randy Rhoads, Jake E. Lee, Wylde) that makes for some excellent music — and Gus G. is no exception.

Some will defend Wylde’s integrity as a guitar player and refuse to acknowledge this album’s worthiness. With his overly flashy pinch harmonics and scruffy biker look, there is no question why the man is one of the last true “guitar gods.” As amazing as Wylde is, though, the best thing to happen to this album is the addition of Gus G.

Click here to read the full review.
Posted by Randy at 10:08 AM No comments:

As much as it sounds like the latest George Romero zombie flick, "Parade of the Dead" is actually a new song off Black Label Society's forthcoming album, Order of the Black.

I actually think this song is heavier, meaner, and more groovin' than anything Zakk Wylde and BLS have done for awhile. Hell, maybe it was for the better Ozzy didn't work with Zakk on the new record, because now he can concentrate fully on his band.

Listen to "Parade of the Dead" below, and another track, "Crazy Horse", is available for download on iTunes if you just can't wait for the album (due out in the US on August 10).

Email ThisBlogThis!Share to TwitterShare to FacebookShare to Pinterest
Labels: Black Label Society, Crazy Horse, Order of the Black, Parade of the Dead

Can't watch this right now, because I'm rockin' out while editing articles at work, but I have heard good things about As I Lay Dying's latest album.

Check out the video below, and hopefully sometime soon I can get back to my usual frequent updates, with commentary!

Email ThisBlogThis!Share to TwitterShare to FacebookShare to Pinterest
Labels: As I Lay Dying, Parallels 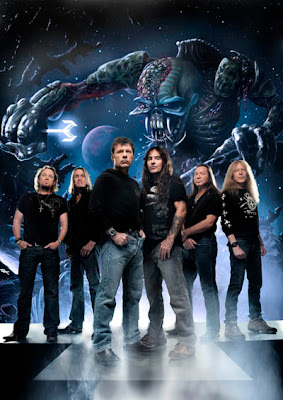 It's been awhile since I've found time to update The Metal Show Metal Blog, but what better reason than to announce new Iron Maiden???

From what I've heard so far, the song sounds promising (more commentary to come when if I have time tomorrow). The track can be streamed below.