Randy here, just taking some time out of this frightful night to wish everyone a Happy Halloween!

I hope that whatever you metalheads do you have a wild and scary time. Now I am out to put the finishing touches on my costume, but watch this cool Misfits video for the song Scream directed by George A. Romero himself!

Also I read in USA Today that Romero is working on another zombie movie that involves a tribal setting. It is due out sometime in 2009. Could be cool, as he is the master of zombie flicks!

Ok, so maybe I am just kidding with the headline. Although it wouldn't be a stretch seeing the way the music industry is going nowadays and that the new AC/DC album, Black Ice, is available only at Wal-Mart...

Soon musicians might be wanting to sell albums and make money so badly that they partner with anyone.

Anyways, some person put together a video for the band's first single, Rock n' Roll Train, in Excel. The video of it is directly below.

What's next? The new Guns n' Roses video in Excel? It would almost be cool to see someone do a classic music video like this.

Thanks to metalsucks.net (another cool metal blog) for discovering this one!

Check out the actual Excel version if you have the program!
Posted by Randy at 4:00 AM No comments:

Slayer has a new album coming out Summer 2009. This track is going to appear on the album and I believe the guys are still finishing up recording the album right now(check it out below).

It looks like Greg Fidelman, the man behind the controversial mixing of Death Magnetic, is also mixing this one. Ha, I guess we can see what he does with this album. I still don't mind the sound of the Metallica album despite some distortion and such.

I don't know about you guys, but Slayer hasn't really put out anything mind-blowing in awhile. Everything is OK lately, but nothing that is great. Maybe this CD will be different?

Oh, and I was reading the always entertaining Blabbermouth.net comments section for this topic and saw this post with someone trying to figure out the lyrics... ha ha. I thought it was pretty funny.

Different!
But look here satisfaction
Time out - twin to the act?

The human eyes!
Crying out mutilated
Your ice cream fills my bowl"

The validity of Slipknot may be a hotly debated in the world of metal, but they definitely have achieved something no metal band from Iowa has ever accomplished...

So I guess this one is for all you maggots out there. Or if you hate Slipknot watch the video and laugh.

I think it is a decent song, although I was surprised at the ballad-like structure of it. Seems a little ridiculous to be singing songs like this when you have a dude in a mask that hits a garbage can as one of your members, but hey, more power to em' I guess!

Note: the building and location in the video if you are from Iowa. They could have done without the stereotypical corn fields though...

Just updating to give you guys a link to an unreleased track that In Flames put online recently.

Check out the song which is called Tilt!

(You will need Quicktime to hear this one I believe).

In Flames is one of my favorite bands. If you look at their catalog they have such a diverse range of stuff from the classics like Whoracle and The Jester Race to the more modern Soundtrack to Your Escape and A Sense of Purpose.

I saw them play a short set promoting ReRoute to Remain and they were amazing then too!

You might not like all of their stuff, but you gotta admit they have had a varied and influential career.

Metallica in Des Moines this Sunday! I'll return with an update sometime after the concert!
Posted by Randy at 1:34 PM No comments:

It's official! We are all getting a free can of Dr. Pepper!

Guns n' Roses released the new single Chinese Democracy for radio play today. An official press release said that the album WILL be coming out on November 23.

So if anything, at least we will get a free can of Dr. Pepper, it better actually happen! Check out the new tune below. I think it sounds OK, but definitely not like it should have taken 10 years to get out there!

However, I am looking forward to hearing the rest of the album, which apparently is being released EXCLUSIVELY at Best Buy.

What's up with all this exclusive shit? And did anyone else notice that Best Buy raised their CD prices? The average I saw here in Iowa City was between 12.99 and 14.99.

That's even more of a reason to support your local record stores over these big retail establishments. (Such as Record Collector and Real Records here in Iowa City)

NOTE: THIS PLAYER HAS BEEN SKETCHY, SO TRY RELOADING THE PAGE OR CLICKING ON THE LINK AND SEEING IF THE SONG WORKS

Click here if you can't see the player below.

What is funnier than Conan O' Brien?

Conan is also awesome because he has let bands on his show that other late night shows usually ignore, such as Slipknot and Lamb of God.

The costumed metal band Lordi will be making an appearance on the show Nov. 4 to promote their new album Deadache. The album comes out next Tuesday (Oct. 28).

GWAR will always be the superior costumed metal band, but Lordi ain't bad!

Here is the video for the newest song Bite It Like a Bulldog.

One of the few cool things to come from France...

I haven't really listened to Gojira much, but I just saw the new video for the song Vacuity and it had me almost in a trance.

It is really heavy, but has a sort of melodic feel to it in the vocals at the same time.

The video is very artistic as well.

Not quite as crazy as a Meshuggah video, but cool nonetheless!

I might have to purchase the band's CD which came out Tuesday called The Way of All Flesh.

Listen to the new AC/DC album on VH1's The Leak

Hey I am listening to the new AC/DC tunes right now. Skies on Fire sounds like classic AC/DC, as I'm sure the rest of the album will. 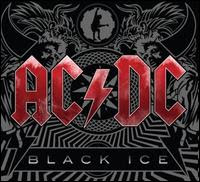 In case you forgot Black Ice comes out October 21st.
Posted by Randy at 7:03 PM No comments:

Webstreaming back up online and a lack of Yngwie.

I just wanted to reiterate that the Webstreaming is back online at kruiradio.org, so you have no excuse for not listening to The Metal Show tonight from 8-10PM!

Also I could not find the new Yngwie album through iTunes or local record stores here in town, so I will not be able to get the CD in time for the show.

You think that Amazon or iTunes would carry the digital versions of this album! Maybe Yngwie is revolting against the digital format. If so, good for him, but it makes a little harder for me to obtain the album! Guess I will have to wait for it.

I know I have been sucking at updating the blog lately. You may have noticed I added a few release dates on the right for CDs.

It appears that Guns n" Roses new album Chinese Democracy may actually see the light of day and in November none the less!

Remember if it does happen Dr. Pepper owes us all a free can of pop!

Also don't forget that tomorrow is the day when Yngwie Malmsteen's new album Perpetual Flame will be released in the U.S.! 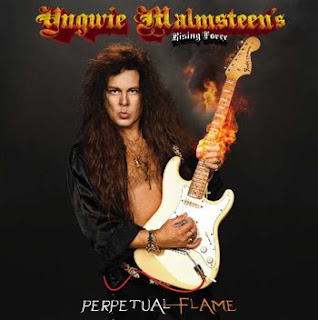 Listen to the previews from 7digital.com!

-Randy host of The Metal Show

P.S. Listen to The Metal Show Tuesday night from 8-10PM! Should be a rockin' time! And if all goes to plan, new tracks from the Yngwie album.

OH AND WEBSTREAMING IS BACK ONLINE, GO HERE AND THEN CLICK ON THE STREAM OF YOUR CHOICE.
Posted by Randy at 8:54 PM No comments:

Out today is the new Tesla album Forevermore. The band released the video for the first single I Wanna Live which can be viewed below.

From what I have heard of the new tracks it sounds like the album is the heaviest the band has put out in awhile.

Also this Saturday October 11 at 8PM Cedar Fall's Dark Mirror will be playing at The Straight Edge in Cedar Rapids, Iowa. It costs a measly 5 bucks to get in and is an ALL AGES show.

The band just released the digital-exclusive EP Immortalized and is back touring with a brand new line-up!

If you are a fan of metal greats Iron Maiden or Judas Priest you will dig these guys. The classic metal sound with a modern heavy twist!

Check them out here.

Oh and I updated the concert section. Iced Earth in Chicago anyone?

Here is the new Tesla video.

The songs featured in the video include:
"Vengeance is Mine"
"(In Touch With) Your Feminine Side"
"Killed By Love"

Cooper and the producers did a good job of melding the longs together in a theatrical video. It is one of the cooler music videos I have seen released in awhile.

Check it out now!