It has been forever since I updated this blog and to get back into writing, I have started up a new blog called "The Heavy Metal Review," over on Wordpress.

I figured I would start fresh and clean to keep up with a new format mainly focusing on CD reviews and the occasional commentary on upcoming albums (and The Metal Show is currently no more). If you have been following this blog and think you might be interested in hearing what I have to say, give the blog a look, and feel free to follow it if you like what you see.

Right now there isn't much to look at, but I hope to get some reviews up and running on the site in the next few days.

Thanks for your support over the years,

Eric aka Randy former host of The Metal Show on 89.7 KRUI in Iowa City.

P.S. Have you guys heard the new Meshuggah songs yet? I assume you all have, but as a reminder of the new album being released on Tuesday, here is "Do Not Look Down," from the upcoming album, Koloss.

Chimaira slows down time in "Year of the Snake"

Chimaira's new song "Year of the Snake" just may be the most groovin' metal track I have heard all year. However, the video could have used some more work, because it uses so many slow-mo effects it hurts the brain.

Maybe they should have just used the slow-mo effect for the breakdown about 3/4 in and went full speed the rest of the way? You be the judge.

Oh, and The Age of Hell will be rattlin' skulls everywhere on August 16 courtesy of eOne Music.

Email ThisBlogThis!Share to TwitterShare to FacebookShare to Pinterest
Labels: Chimaira, The Age of Hell, Year of the Snake 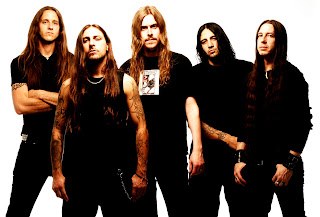 The first (and only) time I saw Opeth live - on Gigantour 2 - I thought it was interesting how different this band was from anyone else playing that night, and the crowd reactions the group received as well.

There were obviously the fans loving every minute of the show, but then there were those people who looked bored out of their minds during many of the songs, some of which could run into the 10+ minute mark.

I have always been somewhere in the middle with Opeth, enjoying a lot of the group's music, but feeling like there was something missing to really grab my attention.

Don't get me wrong, Blackwater Park is a masterpiece, however, it can be hard to listen to Mikael Åkerfeldt's ever-shifting clean-to-growling vocals, alongside an insanely high level of musicianship that leans dangerously close to sensory overload for long periods of time.

In fact, every album after this started to feel like more of the same (just take a listen to 2008's Watershed). My favorite Opeth album of the more modern era would have to Damnation, featuring all-clean vocals and mellower tracks.

The whole record was a breath of fresh air from the band's regular format and one of the best albums of that year (2003) and the decade.

With the new track released today, "The Devil's Orchard", it feels like Opeth is taking the melodicism of Damnation and combining it with the aggression of its back catalog (without the use of death vocals). And man does it sound killer.

Have a listen below. This is one of those tracks you can just get lost in and not even realize six minutes just went by (not sure if the actual album version will be any longer).

Heritage will be released via Roadrunner Records on September 16. 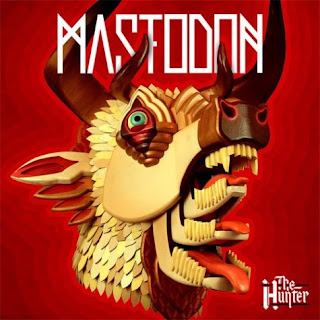 It has been awhile since I have even thought about updating this metal blog. And I figured a good way to attempt to get back into it is with some brand new music from Mastodon!

This ripping track, called "Black Tongue", comes off the group's upcoming album The Hunter which is due out in stores and on the interwebs September 27 through Reprise Records.

Check out the new song below. I hope to start reviewing albums again and tune up my chops on this here blog in the weeks to come.

Where in the world is Randy?

So, I have been slacking on this whole writing about metal thing. There are a few instances in my life (besides being metal), that have kept me away for much of the month, and I hope to get back into things here soon. Maybe that should be my metal New Year's resolution!

Before the New Year I do hope to post a year end list and maybe even write about a few other recent topics. As always, thanks for following me over the years/checking back in every now and again.

Have a Merry Christmas and a Headbanging New Year!

I don't think I can even begin to explain/analyze this video tonight, so just watch it on your own below.

System of a Down reunited

System of a Down have been apart for around five years now and now the band is reuniting for some festival gigs overseas.

The big question is, will the band also get together to record a new album and will it be any good? Mesmerize was the last album released by the band I enjoyed throughout. Hypnotize didn't really impress me songwise and continued to feature too much of Daron Malakian's vocals.

Hopefully if the band gets back in the studio, Daron gets off his egotistical high horse and sticks to writing songs and backing vocals, while Serj takes over the lead work. Then I will show some interest.

I do enjoy plenty of System of a Down's back catalog, so since the is a music blog after all, I'll post a few right here.

Oh, and I'll be more interested when Faith No More announces a US reunion tour (although it would be even cooler with Jim Martin, they should at least bring him back for an encore at a few shows, a la Kiss Unplugged, and have both guitarists jamming out).